One of the venues where Orland Park Theatre Troupe has staged productions for years offers the perfect backdrop for the group’s spring show.

“The star athlete of the local high school falls for the brainy beauty. When they both audition for the upcoming high school musical, it disrupts the social hierarchy at the school,” reads the village of Orland Park’s description for the show.

“We’re not examining the human condition. However, it sneaks in the message that you don’t have to stick in your lane. Theater people can do other things. You’re not defined by one thing,” said Geoff Epperson, who was asked by the village of Orland Park to produce and direct the 2019 spring musical.

Featuring book by David Simpatico, “High School Musical” is based on the Disney Channel movie of the same name, which was written by Peter Barsocchini, stars Zac Efron and Vanessa Hudgens and won the Billboard Music Award for soundtrack album of the year.

“I wanted them to have a musical that would get a lot of draw,” said Geoff Epperson, who credited costume designer Terri Devine, a fellow Orland Park resident, with suggesting “High School Musical” as the show to be staged. 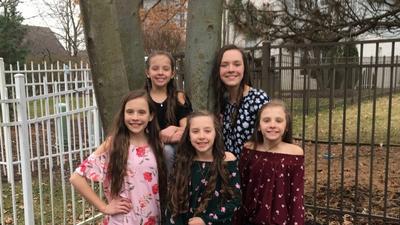 “It doesn’t hurt that the songs are catchy. They’re all listenable songs,” he said.

“We have a huge, diverse cast. This is the largest cast I’ve ever worked with,” said Geoff Epperson about the approximately 60 actors including residents of Hickory Hills, Homer Glen, Homewood, Lansing, Lemont, New Lenox, Orland Hills, Orland Park, the Palos area and Tinley Park.

“When everybody is singing, the choral pieces are really powerful and fun. They’re mostly Orland Park people who want to see the Orland Park musical survive and thrive. From the little kids to the adults, they’ve all been working really hard to put a great product out there,” he said.

“It’s a fun show. I introduced my son to it. We watched it and he really enjoyed it. The music is addictive and toe-tapping.”

Jessi Virtusio is a freelancer for the Daily Southtown.